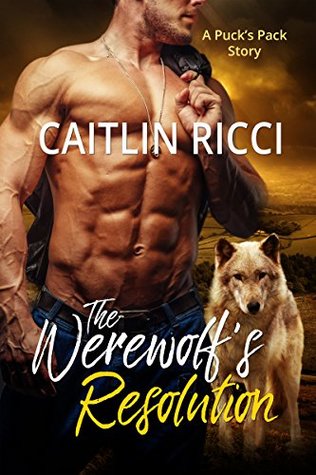 Banan was interested in Owen the moment Puck let him into the pack, but Banan is shy and Owen is anything but. Adding in that Banan is ten years older than him, and he’s sure he never had a chance to begin with. But his New Year’s Resolution is to be more outgoing and to connect with people. He’s been procrastinating until St. Patrick’s Day. Now, with a couple of beers in him, this werewolf is ready to make his move.

This was a fun, quick read where the author has brought us into a world of vampires and werewolves. Now, you’re saying this is nothing new, but it is. This author has introduced us to Pucks Pack. This pack has accepted the outcasts of these two worlds and has created a world for these two to love each other as is.

Banan is a very shy werewolf that gets tongue-tied every time he tries talking to a hot guy. I found Banan a very endearing character. I’ve never found such a hot strapping werewolf shy before. He has his sights on this hot little vampire but has never held a conversation with him. Oh, he wants to, and he imagines talking with him, but he just can’t find the words. So, he just sits and watches him dance and dreams of being with him.

Owen is this hot little vampire and also has a thing for Banan. He’s watched Banan just watch him and has waited for him to approach him, but nothing. Maybe a hello here and there but nothing more. So, Owen makes the first attempt to start a conversation. What he finds is adoring how Banan gets so tongue tied and can’t seem to speak.

I love how the author has paired these two in this safe pack. This was such a fun read even being a short read. I felt like the characters fit well together. I felt their struggle trying to get to know each other. And I loved how this pack has created a safe haven for the ones others think as outcasts.

***The ARC was provided by eXtasy Books. My review is an honest opinion of the book***