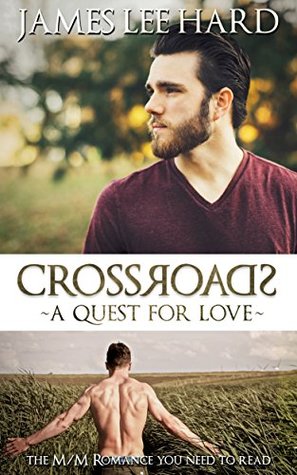 Ethan has spent his entire life not wanting to admit that he’s gay. He didn’t feel like he had a choice. His mother has been clear, since he was a child, that she wouldn’t tolerate what she deemed deviant behavior. However, on the very day of his engagement dinner with Rachel, he realizes he can’t pretend any longer. When he tries to call off the wedding, though, Rachel hints that she’s known all along he was gay and threatens to kill him if Ethan does anything that jeopardizes their engagement.
Compelled to start his life anew and be true to himself, Ethan seeks shelter in his grandmother’s house, the only place he’s always felt happy and safe. It’s in this heartening background that he runs into Daniel, the son of the former property’s caretaker. Daniel is a lifelong fantasy of Ethan and someone he hasn’t seen in over thirteen years. Dan has grown into a big, strong man, a man’s man whom Ethan simply can’t resist.
Caught between a hurricane of new emotions and desires, his smothering mother, and Rachel’s threats, Ethan will have to find the strength to battle for his happiness.

Romance, ~50K words
WARNING
This book contains explicit sexual scenes as well as some graphic language. It is intended for a mature, adult audience

James has grabbed my heart again. This author has a wonderful way telling a story that is told in the most realistic way. He writes how life can be so cruel and mean just for being different. And it’s one thing to be judged and treated badly for being something others feel they have the right to do, but when it’s your own family, that’s a whole new ballgame. It still troubles me that anyone feels they have the right to judge anyone else. We all are human, and we all bleed red. James brings these issues to his writing and also brings the love that we all need.

Ethan is a young man that has been engaged to Rachel set up by his mother. Ethan has recently come to terms that he is gay. He’s not one that really ever considered that he was but knew something was different. He has been with Rachel for 5 years and told her he had to wait for marriage to have sex. And, this has kept his mother off his back. His mother is all about looking good and anyone better not dare make her look bad. Both these woman in Ethan’s life are very venomous. They are evil and could care less about Ethan. The only positive woman in Ethan’s life is his grandmother, who lives two hours away, where he loves to go to get away.

Dan, on the other hand, has always known he’s gay. Dan left years ago to make a life of his own, but due to recent events with his business partner screwing him over, he’s back to work for Mrs. Attwood. His deceased father worked for her until his death and Dan was raised here. Mrs. Attwood loves Dan and treats him just like family. As far as she is concerned, he is family. He was the boss of the staff when he worked for her and now, Dan is doing the same thing.

Ethan has come to terms that he’s gay and calls off his engagement with the horrible Rachel and heads to his grandmother’s place to get away. He walks into the staff house thinking it’s vacant and low and behold, there is Dan in nothing but a towel. After a brief confrontation, he rushes out and soon realizes, that this man is the same man he saw naked when he was 10 years old. These two have a rough start, but that doesn’t stop Ethan from taking the big leap and kisses Dan before he rushes away back home. Ethan gets a call that grandma is not feeling well and he rushes back out to her place. This is where things start to bloom with these two. Dan learns that Ethan is a virgin and it scares him. He loves that he is, but it scares him because he’s sure Ethan will want more experience and get bored with him, so he breaks Ethan’s heart.

Then there’s Ethan’s mother that refuses to accept that Ethan is gay and how dare he make her look bad. And of course, Rachel will not let him call off the wedding, and she becomes stark raving mental. How will these two ever find their happiness? Will they survive Rachel’s antics? Will they get over their own fears? So many questions I can’t answer for you. You will have to read to get these answers for yourself.