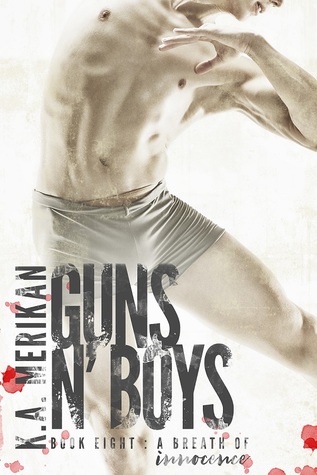 “I would wait a lifetime for this.”
“You don’t have to wait anymore. I want you.”
Mark is done with flings. He is looking for something real, and he knows just where to find it. Years ago, he fell in love with Charlotte Elswood, but after saving her life, he made the difficult choice to stay in a cartel for the sake of his family.
Now, free of the bloodstained work, he’s ready to rekindle what he’s lost.
But in England, he meets someone who is also blond, blue-eyed, and irresistible. Problem is, Griffith Elswood is Charlotte’s brother. Should Mark even consider putting his hands all over an innocent who would push him away if he knew what kind of monster Mark is?
After years of homeschooling, Griffith wants nothing more than to finally spread his wings at university. Secretly, he dreams of meeting a man he can fall madly in love with. A man he would have all the firsts with. But it’s hard to trust anyone after witnessing his sister’s heartbreak.
When Mark moves in next door, Griffith reaches out despite his sister’s warnings. Mark is mysterious, experienced, cocky, and just oh-so-dreamy. Alternating between hot and cold, Mark’s presence sends Griffith into a frenzy of passion like he’s never known before. So hot in fact, it might just burn him if he isn’t careful.
WARNING: Adult content. Scorching hot, explicit love scenes. Dark humor.

Mark had been adopted (kind of) by Domenico and Seth at sixteen. He met Charlotte when he was seventeen and fell in love with her before saving her life but choose to stay with his family. After 3 years with his family, Mark chooses to find Charlotte and maybe finally having his happy ending with her. He didn’t expect to find her engaged with another guy and hating him. He also didn’t expect to meet her younger brother who, with his blue eyes and porcelain skin, will win Mark’s heart.

Griffith Elswood is the younger brother of Charlotte. After the disappearance of his sister during a family trip in Colombia, his parents sheltered him from the outside world. For the first time at eighteen, he can spread his wings and discover the world and more importantly, himself!

When Mark and Griff meet they don’t expect to find their dreams in each other, but how to have a future when the secrets of the past can destroy them?
A Breath of Innocence is book 8 in Guns N’ Boys series.
I was waiting for this book for soooooooo long, (since I met Mark in “Swamp Blood: Guns N’Boys #4”) and the authors gave me something that I didn’t expect at all.

I adore Mark, I saw him grow up through the books in the series. I read his evolution, and I completely adore the man he becomes. He’s very strong, loyal, protective and fierce. He had to grow up sooner than other kids, and even if the education that Dom and Seth gave him isn’t conventional at all, he still becomes a good person (even if he can kill you in one move). In this book, I met a mature Mark, a young man who tries to have a “normal” life and tries to be responsible and make the good choices. I was proud of him after what he’d been through since he becomes a beautiful, strong man.

Griff is the incarnation of innocence. He’s so young, so naïve that I want to protect him. He’s confused when he meets Mark. Griff isn’t out, he’s still processing his sexuality, so when he meets Mark, he’s confused and lost. He’s so shy and pure, I completely melted with him. All the book, I saw him evolve and spread his wings and just fly (yep I can do poesy)
The story, the plot, the writing, the dynamic are completely different from the previous books in the series, but it can’t be read as a standalone though. The plot is focused on Mark and Griff’s relationship, their meeting and how they build their story between secrets, fears and big revelations (reaaaad it). But, it’s not a copy of Dom/Seth’s couple, it’s not mini-Dom (Mark) meeting mini-Seth (Griff). Mark and Griff are unique, their couple and their dynamic are completely different,besides there’s only one Domenico and Seth in the world… and it’s enough.

This book was literally a Breath of Innocence in the series (pun totally intended). Some scenes were probably the most beautiful scenes that the authors have written in this series, with an erotica and poetic’s dimension it was absolutely breathtaking.
It was an opera, the authors were the sopranos, and the characters were the ballerinos, they dance the entire book: sometimes together, sometimes alone but always in tune with their hearts.

I highly recommend this book, it’s a beautiful artistically addition to the series.

5 OptimuMMs for the ballerino and his photographer.