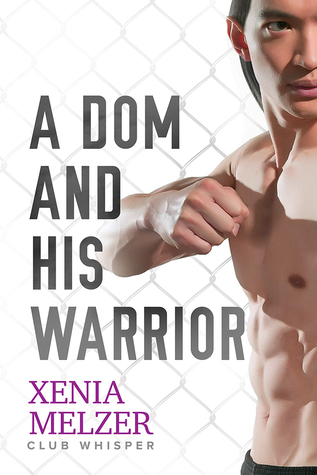 Leeland Drake and Jonathan White are a committed BDSM couple and have just moved in together. Leeland has only one year left in college, and everything seems perfect… until Leeland’s uncle asks him to stand in for an injured UFC fighter.
Leeland wants to help his uncle, but he remembers all too well from his years competing in martial arts how strenuous life as an athlete can be. He doesn’t want to risk his relationship with Jonathan. After some discussion, they decide Leeland will go pro for a year.
As if the training and strict diet weren’t bad enough, the pressure skyrockets when Leeland encounters homophobic fighter Noah Adams—especially when they end up facing each other in the championship.
Between the bigoted rants of his opponent, the scrutiny of the media, the pressure from his sponsor, and a fire in his uncle’s gym, Leeland is close to breaking down. Only Jonathan’s support and love keep him focused enough to set foot in the octagon once more—and maybe even walk away a winner.

I absolutely love this series, and the author did not disappoint. This author brings a softer look to BDSM. She brings these Dom’s that like to think they’re rough and tough men but then they fall head over heels with their subs and everything changes. I love how Xenia builds these characters and makes me feel like a part of a family. The relationships are endless in these books. The Dom’s have a strong bond with one another, but the subs have an even stronger bond with each other. I love reading about movie nights they have and all the banter that goes on.

Jonathan is Leeland’s Dom, and he’s just asked him to move in with him. Leeland is so excited and can’t believe the wonderful life he has. He’s moved in with his Dom and is cooking dinner for him when he receives the call from his uncle and life is changed. He’s so nervous to talk to Jonathan because they’ve just established a routine but his uncle needs help and who is Leeland to say no. As soon as Jonathan sees Leeland, he knows his sub is stressed and immediately goes to wrap his arms around him for security.

Jonathan agrees to let Leeland help his uncle and become an UFC fighter. The training is extreme but the diet is worse, but Leeland is used to it from years earlier fighting. All his sub friends are behind him too. Leeland loves the support he gets, and they even all go to his first fight. That first fight was with Carlos, and they become fast friends, but when he has to fight Noah, he can’t believe the hatefulness this man has. Especially against gay people, and Noah hasn’t even learned that Leeland is gay but thinks he’s too pretty to fight.

I loved catching up on previous characters, especially Collin. I just love him and his mind. They even added a new guy to the gang, and when he hosts a movie night, I just laughed. This is a great read, and I hope you all enjoy this as much as I. Happy reading.