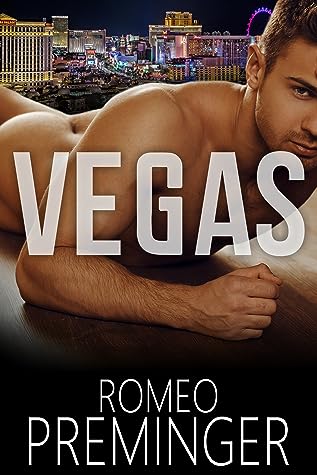 Twenty-nine-year-old sales rep Dan is unlucky with love, but lucky with sex since he got cut and made up for lost time growing up as a skinny gay kid who got pushed around. All-American, Texan stud Bryce Landon is on Dan’s A-list of hook-up buddies, but the guy’s vibe is different when they get together at MDM-Con in Vegas this year. Does Bryce want something more?
Dan can’t do that. He’s been burned by closeted, married guys before. While Dan sidesteps Bryce at the convention, he meets a smoking hot, local Daddy-type named Garth. Now he’s caught between two guys who’d like to tame his wild ways. It’s not a bad place to be, but can he give love a try with a dude who’s got drama written all over him or take a chance with an older man who buried his boyfriend of ten years?

Dan is a salesman at a convention in Vegas. Each year he meets Bryce—a closeted, married Texan—during this convention. It’s hot and kinky between them but nothing more. Until this year, when Bryce tries to change their relationship but Dan meets someone in Vegas, someone who maybe can offer him more than Bryce.
For an intense, hot week in Vegas, Dan will have to think about his future and what he really wants in his life.

Vegas by Romeo Preminger is my first book by this author. I was curious to discover his universe and his style. I was surprised but not disappointed.

Dan is a 29 year-old man, who knows what he doesn’t want in a relationship…being hurt. He had been hurt in his past and refuses to let it happen again, even if he has to miss the real opportunity to be happy with a loving partner. So far, he thinks he’s happy like that until he meets Garth. Then he realizes that maybe he was missing out on a real relationship. I liked Dan, he knows what he wants, and he’s confident. I loved how he was ready to take a bet on Garth, while being open to trying new things and didn’t hesitate to open himself a little bit. Most of all, I loved that he takes the time to think about what he really wants when he realizes that he isn’t really as happy as he thinks.

The story was from Dan’s POV. It was hot, well written and dynamics. The plot was focused on Dan and his relationships with Garth and Bryce. It was super-hot and super kinky…I adored it.
The end surprised me, a lot. The entire book, the author hints at a direction, and suddenly, a twist happens that I didn’t see coming. It was very sudden. I can’t say I disliked it or not, just that It really surprised me.

I will read the next book from this author because I liked his style.

One thought on “Review of:  Vegas by Romeo Preminger”