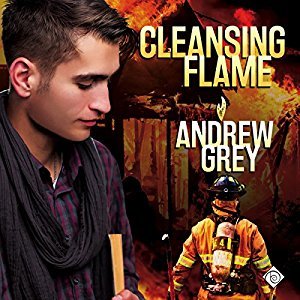 Sequel to Rekindled Flame
Rekindled Flame: Book Two
Life has been grinding Dayne Mills down almost for as long as he can remember. First he lost the love of his life in an accident that also left him with a permanent injury, and then his mother passed away a year later. When his house burns to the ground, it’s the last straw. He can’t take any more, and if it wasn’t for kind and handsome firefighter Lawson Martin offering him a hand up and a place to stay, he doesn’t know what he’d do. Dayne would love for his relationship with Lawson to evolve into something beyond charity, but he knows going after a man so far out of his league will only lead to yet more heartache. It’s best to just keep his mind on his research.
It’s that research that leads Dayne to an old student journal that not only provides clues to the Native American heritage Lawson has been searching for, but chronicles a century-old love story. The tale that unfolds might be just what Dayne and Lawson need to remind them that no matter how dark life becomes, love can find a way to shine through.
Listening Time: 6 hrs, 11 mins

Narration: Michael Pauley has an amazing voice. I can tell the difference in Michaels’ reading from the first two books. He’s really starting to come into his narrating skills. I still think he has a very sexy voice and brings the story to life. His cadence has improved so much over the year between the books in this series…and looking up his other narrations, there are plenty more to listen to by him! YES!

Story: When I read the blurb, I was curious to see how Grey was going to have Dean become a dad without a spouse. Dean trying to be straight to make everyone happy was a good way to do that. In this love story, we have a firefighter dealing with a sick child, Sammy. He doesn’t meet his love interest at a fire like in the other two books. Instead, he brings his son in to meet the huge stuffed dalmatian that Marco uses as a photo prop. Marco offers a free photoshoot that melted my heart! The love parts were a little faster in this one, but it wasn’t insta-love. The title was perfect.

Marco was a foster kid, turned photographer that’s about to hit it big. He’s worked hard for everything he has. Marco not only lost his mother at a young age to cancer, but he also fought it himself, which helps with his interactions with Sammy. Both characters are deep and realized so the story moves at a good pace.

Some side stories are going on in this book that are worth a mention because they could have changed the direction of the story. Marco’s foster parents play a significant role when they explain some truths to him. They change his point of view on things in a good way.

Dean’s mother is wonderful and helps put his father in his place. But before that happens, he tries to cause issues for the couple.

This is another must-read series by Andrew Grey!