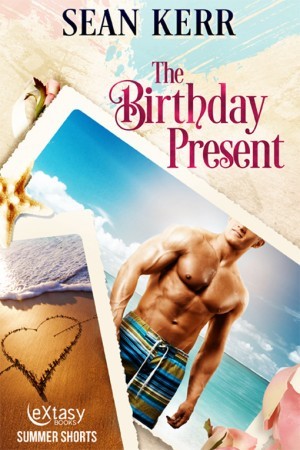 Making apple pie can be such messy work.

Ronald feels old, washed up. As a middle aged gay man on the scene, he cannot help but wonder if his time is over. His frustrations are further exacerbated when he finds himself the victim of a group of thugs who seem to find it funny to torment him in his own home.

Ronald is planning a party, a summer celebration of his middle age, but as he begins the preparations in his hot kitchen, a Policeman turns up to question Ronald about the attacks. Over the course of the interview, Ronald comes to understand that perhaps age is just a number after all.

Holy Hotness. This is a hot short story and really made me want to bake. LOL. Nothing like throwing your own birthday party and baking good ol’ american apple pies. I love that this is about someone in their upper forties and still wants a good shagging. This author really hit the nail on the head with the way we feel less attractive with less sex appeal. We tend to think that life is over and we will no longer get the good action. Well, low and behold, that’s a load of crap. We just need to vandalize our homes and bring the police. HeeHee

Ronni is a mid-forties guy on a pity pot baking an apple pie for his birthday bash he is throwing himself. He’s been having these teenagers vandalizing his house for some time now. He has called the authorities and is told an officer will be by to take his statement. But when this hunk of a police officer knocks on his door, Ronni can’t even seem to speak, let alone control his body’s reaction to him. This officer reminds him of somebody, but of course, he can’t think too straight right at the moment.

Andy, the hunk of a police officer, finds Ronni very amusing. He keeps a watchful eye on him while Ronni stumbles over his words and keeps blushing like a teenager talking to his first crush. After the statement is takin, Andy let’s Ronni know he is officially of duty and the fun really begins.

I do not want to spoil the fun, so I will say no more but trust me when I say it will get the waterworks working. Enjoy this short read from this amazing author and enjoy whatever pops up.

***The ARC was provided by eXtasy Books. My review is an honest opinion of the book***