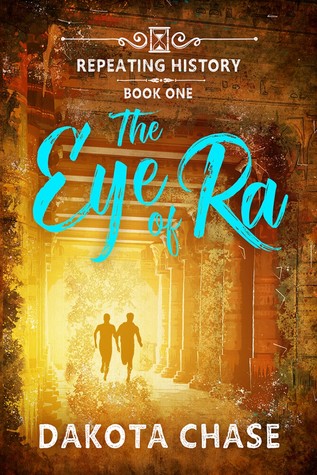 What do you do when you accidentally destroy your history teacher’s prized collection of historical artifacts? If you’re teenaged delinquents, Aston and Grant, this is more than just a rhetorical question. They’ve made a huge mistake, one that might cost them everything. Adding to their misery, their history teacher’s name is Merlin. Yes, that Merlin, and the answer to their dilemma is deceptively simple according to the old wizard. You go back in time to replace the items you destroyed! Aston and Grant find themselves in ancient Egypt, where their first task is to find and retrieve “The Eye of Ra,” a golden amulet owned by none other than King Tut, the boy king of Egypt. Neither of them is all that versed in history, so they have to play it cool and learn as they go. It’s not just the amulet that’s causing them trouble, either. They soon become friends with Tut, and find that they want to help him out. Surrounded by enemies, needing to survive in a primitive world, Aston and Grant quickly learn one basic truth. History isn’t dead when you’re living it.

Well, this was a short and fun read.

I would recommend this book to the youngsters as it has no sexual content at all.

The story is about Aston and Grant who ends up in a boys’ school. Actually, they were sentenced by a judge as a result of their doing. They come from opposite poles of society and end up as roommates.

They don’t really have time to be roomies because, against all the promises, Aston swore to keep his head down, not even after 24 hours he and his roommates end up in ancient Egypt.

They become fast friends with Tuk the young pharaoh of Egypt. Well, let’s just say I don’t think its really easy to get near to a Pharaoh but I don’t think that going back in time is easy neither, so there you have it…

Aston is gay, a real bad boy who doesn’t think further then next second. This kind of behavior lands him where he is now. Grant is no different, maybe a bit more diplomatic but he is hotheaded too.

Back in Egypt, they must face politics and wars and those things are not really their forte.

The book, as I said I dedicated for young readers between 14 till 18.

****The ARC was provided by Harmony Ink Press. My review is an honest opinion of the book**** 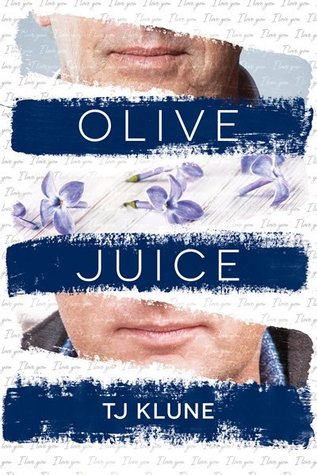 It begins with a message that David cannot ignore:

I want to see you.

He agrees, and on a cold winter’s night, David and Phillip will come together to sift through the wreckage of the memory of a life no longer lived.

David is burdened, carrying with him the heavy guilt of the past six years upon his shoulders.

No one can make me cry like TJ Klune…

Last night when I finished this book, my pillow was wet with tears, I didn’t cry as much since I read Wolfsong, from the same author.
When we are talking about TJ Klune, we are talking about magic. In my honest opinion, he’s one of the most talented contemporary writer.

With this book, you’re in the dark almost until the end. So many scenarios run in and out across my mind while reading. This is a definite tearjerker kind of reading.
We will witness the entire story from the POV of David, who is struggling with his loss. We will assume, of course, what did happen to David, but there will be so many questions. The questions we’ll find answers for almost at the end of the story.

This review will not reveal much, not because I don’t want to, ohh God how I want to, but because it would ruin your reading.
What I can say though is this, if you’re a fan of TJ Klune, for sure, you will not be disappointed. Again the master creates and catches you with his magic. I couldn’t stop reading between sobs, and angst and blowing my nose. The word play is amazing, the double meaning of things were mind blowing.

You need to read this work of art…just be ready for the klunewreck.

As I said it many times now, there isn’t enough stars in this universe to rate TJ Klune…!

****The ARC was provided by Dreamspinner Press. My review is an honest opinion of the book**** 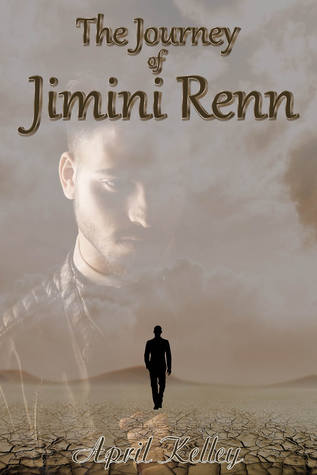 In a world without surface water, Jimini Renn wants nothing more than to live inside the protective walls of Adam City for the rest of his life, but his little brother has other ideas.
As far as Jimini is concerned, Adam City has everything he needs. It has a well that provides much-needed water, food, and safety from the dangers of the outside world. When his bookworm of a brother leaves to chase waterfalls, Jimini must follow even though he knows it will probably mean his death. When the first person he meets on the outside pulls a gun on him, he’s proven right. No one who calls himself a slaver and has a gun has Jimini’s safety in mind, even if he is sexy. The journey Jimini expects isn’t the one he gets.

This was my first book from this author, and I must say I’m well impressed.
Dystopia is one of the genres that’s fascinating me. However, if you ask me why, I couldn’t answer your question, but I often find myself thinking of what if…

The story take place in world where is no more surface water. There are strongly protected wells, endless deserts and shady towns. Except Adam City, the home of Jimini and there is no better place on earth…or so Jimini likes to think…
Jimini is a young man, who takes on the responsibility of raising his smaller brother after their mother dies in the plague that took with it almost the half of the city. He is also taking care of their garden, growing plants, which he exchanges for water.
Aurri, Jimini’s younger brother is a dreamer, he wants out of the city. Their old neighbor Ester and his friend Bentee fuels Aurri with endless stories about waterfalls and green land. One day, with the help of Jimini’s friend Bentee, Aurri escapes.

Aaruth is a loner, fighting in this cruel world to survive. Jimini though…Aaruth is amazed by the purity of the boy, what sometimes borderlines with pure naivety. His feelings are instant and burning. But Jimini is planning to go back to Adam City after they find Aurri and he’s afraid that the boy will take his heart with him.

Although the book has no sexual content, their story is angsty. The only thing I’m sorry about is that I finished too soon because I loved the plot, the dialogue and the inner fights. I have no idea if April will make a sequel of this book but I would read for sure!