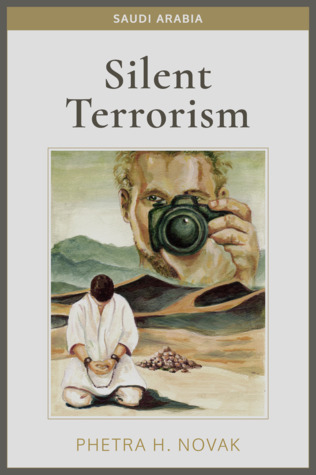 Early morning, Riyadh, Saudi Arabia: Swedish correspondent cameraman Ebbe Skoog is out getting shots for an upcoming story and stumbles upon something he isn’t supposed to see. On a building site, on the outskirts of the city, four men looking a lot like the Mabahith—the secret police—are sending a bound man to a certain death by stoning.
With camera still rolling, Ebbe begins to retreat when a second man enters the scene and throws himself on top of the dying man, shielding him with his body, soothing with loving words. Ebbe’s reaction is immediate. Clutching his camera, he drags the screaming lover out of the rain of stones, and in a storm of sand, they flee into the brutal uncertainty of the desert.
Correspondent reporter Mattis Andersson is the wild card, the rebel. He’s also Ebbe’s only hope of getting out alive with his new companion, Aasim El-Batal, and the memory card holding the footage that will make Saudia Arabia burn in the eyes of human rights activists the world over.
With their past as lovers, and their present as colleagues and best friends who would take a bullet for each other, it now falls on Mattis to protect his and Ebbe’s future. But the Swedish government wants to silence them, unwilling to jeopardize years of lucrative weapons deals for “some petty gay love affair.” It’s an impossible mission that will draw on every strength the two men possess

Ebbe Skoog is a Swedish reporter in Saudi Arabia. He’s in Riyadh when he witnesses the murder of a young man. The lover of the victim tries to sacrifice himself for his lover when Ebbe helps him to escape.
This simple act, saving a man’s life, starts the biggest chess game with not checkmate but the lives of two men at the end.
I have to warn you that some scenes are extremely violent and involved torture and can be very hard to read.

Ebbe is a good man, with moral values as simple as every life matters. He jeopardizes his life, his security for a complete stranger, but he believes in freedom, in love, and no one has to die for loving who they love. I loved Ebbe, he’s a better person than me. I’m not sure I’d have been able to do what he did. Ok, he’s a fictional character, I admit, but somewhere in our real world, there’s a few Ebbes who risk their lives for us.

Aasim is completely traumatized by Kadar death, the love of his life. He lived all his life in the fear of being discovered. Being gay in Saudi Arabia is a death sentence, and Aasim is petrified and scared to death. But when Kadar is murdered in front of him, he wants to die with him. I cried with Aasim a lot because the man is completely broken. But he tries to stay alive, and he tries to help Ebbe when he could. All I wanted throughout the book was to hug him, love him, and protect him.

Mattis Anderson is Ebbe’s partner and best friend and sometimes lover. When Ebbe is soft and diplomatic, Mattis is blunt and hotheaded. When Ebbe is on the run, Mattis becomes the worst nightmare of the Swedish government. If I have a problem in my life, I want Mattis in my corner. This guy is a pit bull, and he’s ready to burn the world for his friends.
And then comes the politician, Saudi or Sweden, there’re the same, corrupted, cowards, and didn’t care about human lives, human rights, they only care about their interest, their publicity and their money.

This book as two stories, one with the politician’s game, and the other with the men acting to free two innocent men. It reminded me the movie Spy Game…it was the same atmosphere.
This book isn’t a romance, not the kind we’re use to reading, but there’s a lot of love in this book. The love between Aasim and Kadar, the love between Ebbe and Mattis, and the love between two humans being united to be free and alive.

The author describes the characters in this book like caricature of themselves. Politicians are corrupt, the good Samaritan, the very bad guys, the spy etc. and even if the characters can be grotesque in some situations (I thinking of the prime minister the ass***) it does the job. Because, what really matters is the message behind all of this. No need to have a bomb or massive shooting to have a terrorist attack. Silence and looking away are as deadly as an explosion. That’s what I understood in this book, what the author tries to tell us, I think.
It was a hard read that brought me a lot of strong emotions, but I don’t regret having read it at all.

Besides, 50% of the proceeds of this book goes to Colin Steward and Erasing 76 Crimes, who fight for LGBT rights in the world.

It’s 4 OptimuMMs and for all the Aasims and Kadars in the world. Stay Strong! And all the Ebbes and Mattis, Thank you!