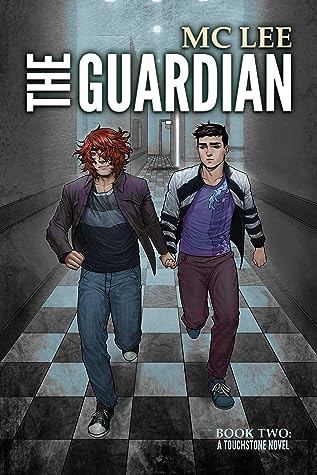 Superpowered teen Sam, and his boyfriend, Harry, are already struggling to navigate being gifted in a normal world, and their problems are about to get deadlier.
Their oldest enemy, Caleb Reed, will stop at nothing to capture Sam and force him to use his abilities for Reed’s benefit. Though their team of friends and allies steps up to watch their backs, Reed sneaks past their defenses time and time again, leading Sam to wonder if one of their own has betrayed them.
When Reed threatens the life of a friend, Sam is forced to make the most difficult decision of his life—one with consequences he can’t even imagine.

When I first read The Touchstone, I was hoping for a sequel. From the very beginning, I was falling in love with Sam and Harry. These two went through a lot at a very young age, being by themselves and looking after each other.

Later, during the first installment, we found out that it’s actually Sam who triggered Harry’s gift because Sam was a Touchstone—a very rare ability to emphasize other’s power.
Sam’s acceptance in the Bunker was hard as we all know from book 1. But after the discovery that Sam is the most powerful of them all, it seems that everything is settling in its right place. Except it’s not.

Sam has a secret. Uhmm, no, I’m not gonna tell…

Caleb, being Caleb, wants to get his hands on Sam desperately, and he does anything to achieve his wishes.

Because of who Sam is, the members of the Bunker are in serious danger. They’re targeted by Caleb’s goons, and among those, is Maya’s brother.

Sam considers the possibility of running for the benefit of the guys whom he considers as his own family now.

This book is more angsty than the previous one. We face inner turmoil as well as some tension between Sam and Harry.

Sam is working closely with Jonah, to reach his potential as fast as he can, but the exercise leaves him mentally and physically ill. All there is Sam’s secret, and no, I still not telling you guys, that makes him extremely secretive.

Harry being Harry, knows that there are things Sam is keeping from him. He feels hurt by his boyfriend’s actions. He wants to be a pillar as well for Sam as he was for Harry.

The pressure on Sam and Caleb’s attacks leaves them only one thing…to give in to Caleb’s request and to join his team.

This book is one of my favorite YAs ever! It has everything: angst, romance, teenage mistakes and so much more.

I can’t wait for the next in the series…it’s definitely a must-read!

***The ARC was provided by Ink Harmony . My review is an honest opinion of the book ***

Foxes are vermin.
Australian sheep farmers regard them as an enemy to be shot on sight and hung from the branches of an old gum tree.
But not all foxes are just foxes.
Connor Coutts could be the last surviving male Furborn in Victoria, maybe in the whole country, a heavy burden for a teenager. His life’s path is clear— protect what’s left of the Furborn line. That is until someone new arrives at the MacKenzie sheep farm. Spencer MacKenzie, with his long black hair and gothic style, is a strange sight in Connor’s forest, but Fate throws the two teenagers together to save their families.
Can Connor trust Spencer to keep his life-or-death secret, or will he hang on the tree?

YA is one of my favorite sub-genres. I like the young vibe of the books, the awkwardness when it comes to the MC’s to express their feelings. The hormones forcing them to make dumb choices. It’s entertaining.
Furborn was a surprise for me. A very good surprise! I loved it! Every part of it and I was sad when it ended. I would say it was a sudden ending, but it really wasn’t. I just wished the book would continue.

The plot of the story is captivating. The dynamics of the MacKeznies makes you want to be adopted by them all.
The story starts with the first meeting of our boys Spencer and Connor, near a tree where the farmers hang dead foxes, a sign for everybody to know that they’re deep in sheepland. The tree is a nightmare for Connor, and it disgusts Spencer as well.

Their first meeting goes without verbal acknowledgment, but they notice each other all right.

Years later, when PA MazKenzie can’t take care of the farm and his lovely sheep anymore, the younger generation of the family decides its time to move.
Spencer, being your typical emo boy, that mean no friends, well except one, find himself in this new setting of his life.

The second meeting of the boys goes…well not as Spencer would imagine. After all these years, the boys remember each other.

Regardless of all the warnings of Connor’s grandmother, and her strict manners, Connor can’t keep away from Spencer. The boy’s allure, his darkness, is just too much to resist. And during one of Connor’s rages, causing him a big injury, he ends up in the care of MacKenzies.

This book is full of secrets. If you like YA, and more, YA Paranormal, this book is for you.

I wish this will turn into a series because I need more Connor and Spencer!!!

***The ARC was provided by DSP Publication . My review is an honest opinion of the book ***