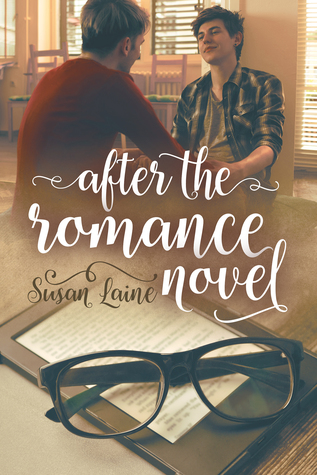 Romance novels always end with a happy ever after. Right?

Evan and Adam are best friends, but they don’t know everything about each other. For one thing, Adam doesn’t know Evan writes and publishes gay romance novels until he discovers one while snooping on Evan’s laptop.

This revelation changes their relationship in ways neither could’ve imagined. Adam’s reaction to reading Evan’s stories is not what he expected, nor is the new way he’s looking at his lifelong pal. After all, Adam is straight, or so he’s always thought, and that is what Evan believes about Adam as well.

When Evan admits he might be bisexual, Adam suggests he try dating girls to find out for sure, but when Evan follows his advice, Adam is caught off guard by his feelings of jealousy. And when the date proves Evan isn’t bisexual, but gay, Evan’s request that Adam find him a guy might be the last straw.

How can Adam admit he wants that guy to be him? His epiphany will either end their relationship—or change it into something wonderful in their very own friends-to-lovers romance.

This was a quick read, heavy on the ‘will they, won’t they?’ suspense! What would you do if your best friend read a personal file on your computer? What if that file was gay, erotic fiction that YOU had written? What if the characters had the same names as you and your best friend? Well, that’s the position Evan finds himself in when his best friend, Adam, gets bored waiting for him to get ready to go out and decides to look at his laptop! Adam finds himself in the reverse situation of having broken Evans trust by looking in the first place. Will their friendship be able to survive the subsequent upheaval?

Adam doesn’t quite know how to handle this new version of their old relationship, and he’s not actually sure of his own feelings either. Is he jealous, afraid of losing his best friend to another guy, or is there more to it? I liked both Adam and Evan and the way they tiptoe around their feelings for each after the truth comes out, it feels right for two seventeen-year-old, teenage boys. The angst and misunderstandings are spot on as is their emotional journey on the road to discovering who and what they are. Look out for the bathroom scene when Adam makes up his mind to act on his feelings, it’s hot!

For a short book, the plot and characters are well developed, and the sex is steamy! The ending ties up the plot lines well, even if it’s a bit predictable, but that was OK. I enjoyed the book a lot, and I immediately empathized with both Adam and Evan. It was easy to understand their emotional confusion and motivation. The plot is original, and it really works with the characters which isn’t easy in a book of this length, credit to the author.